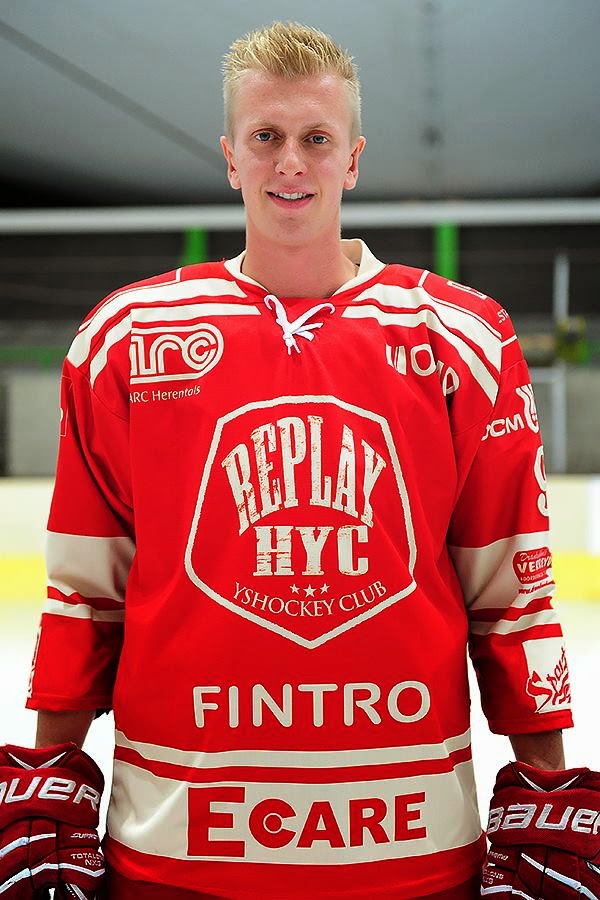 Jens is a 6ft 3ins left-handed defenseman and is a player who has a huge amount of experience at both club and international level. He has played in the Continental Cup and represented Belgium in 14 IIHF World Championships at U18, U20 and senior level.

Jens has previously played for Tilburg Trappers in the Dutch Eredivisie and also HYC Herentals in the Belgian league and is regarded as one of the top up and coming young defensemen in Europe.

Sharks Head Coach Martin Grubb was delighted to have signed Jens: “We’ve been looking for an import defenseman since we lost Juraj (Senko), but we really wanted the right guy and were prepared to wait.

“We spoke to Daniel at Advance Sports Management and he brought Jens to our attention and we’re delighted to be able to bring him here. Jens is a smooth skating, physically imposing player who, even at 23, brings a wealth of experience and is no stranger to winning which is a key characteristic for us.

“He will continue to get better with the ice time he will get here and he is hungry to play at the very top so we will be looking to help him in achieving that goal. Any player who has played in 14 world championships is going to be a big help to this team and I can’t wait to start working with Jens.

“Scott McMeeken and Rab Murray have been vital in talking to Daniel at ASM and between us we think we have managed to bring a player of real quality to the Sharks and also the NIHL and I’d like to thank them all for their hard work on this signing.”

Jens made his Sharks debut Sutton Sting yesterday, picking up an assist in a 5-1 victory.