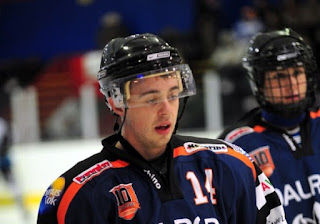 Sutton Sting have confirmed the signing of EPL forward James Spurr. The ex-Peterborough Phantoms & Manchester Phoenix player has played over 200 games at the higher level and Sting will hope his experience will prove invaluable in their first season in NIHL1.