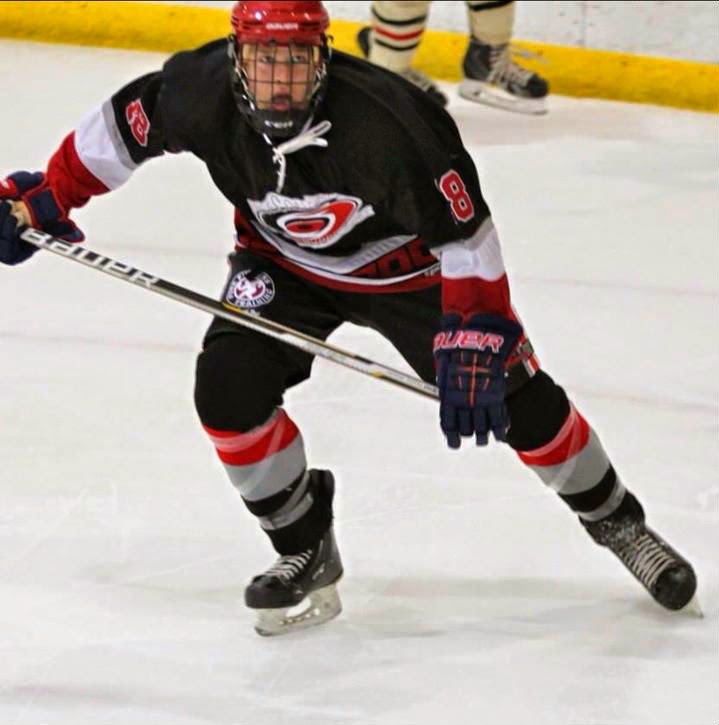 Defenseman Keeley (left) returns to his home town after a spell in North America. After spending two years studying and playing hockey at the Ontario Hockey Academy, Keeley moved south of the border to play for the Hurricanes in the United States Premier Hockey League (USPHL) Elite Division.

19-year-old Keeley came up through the junior ranks at Billingham, before spending his final season in the UK at Whitley Tomahawks following the closure of the Forum for refurbishment.

He has represented both England and Great Britain, including being part of the GB squad that travelled to Estonia for the IIHF Ice Hockey U18 World Championship Division 2 Group A last year.

Keeley says joining Billingham in NIHLN Moralee D1 was an easy decision to make: “I’ve trained with the Stars whilst I was home from playing in Canada and America. They’ve been good with me over the years by letting me train and improve my own skills on their ice time, and if I was to choose any team in the league to play for they would always be my first choice.

“They’ve always had a good team, but with these new players coming in it will boost our chances and give us the edge we need to compete with anyone in the league.”

Sheffield Senators are looking to bounce back from a disappointing 2013/2014, where a slow start meant they finished 7th in Laidler Conference and missed out on the end of season play-offs.

With hockey in the city boosted by Ron Shudra’s appointment as Head Coach of Sheffield Ice Hockey Academy, the Senators are hoping to push for a top four spot next term.

Senators boss Andy Ellis said: “We’re looking to strengthen the squad for the new season. I’ve already announced four key re-signings and had lots of interest for our open trials which take place later in the month.

“The team has a great spirit which I’m keen to build on. I’m looking for experienced players to bolster our ranks and help develop the younger members of the team. I think we could surprise a few people next year.

“We don’t play flashy hockey, but we have solid fundamentals and the guys have more grit and passion than any other team in NIHLN Laidler D2, so watch out for the Sens as we bid to rise up the ranks in 2014/2015.”