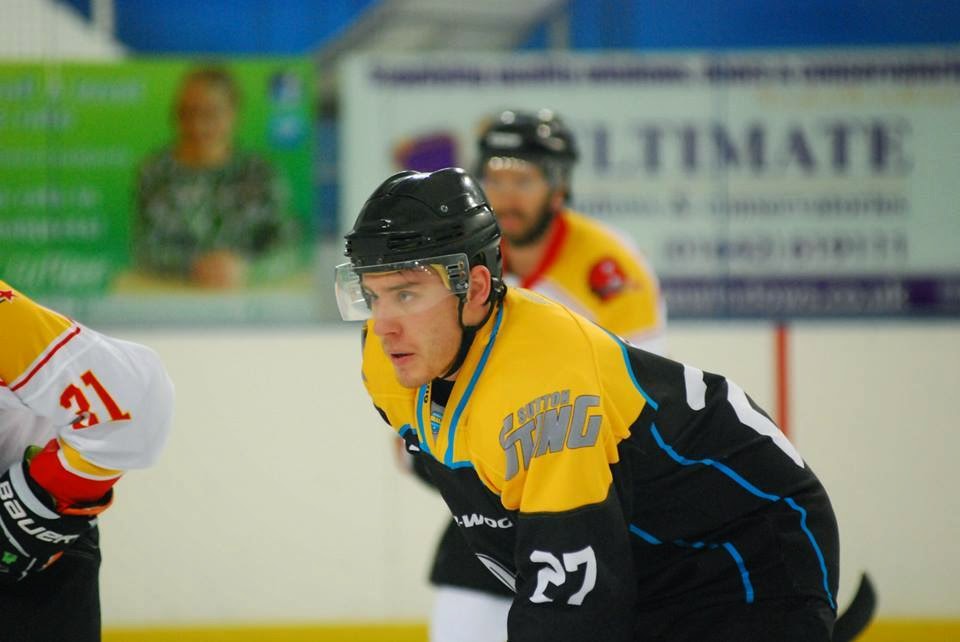 Billingham Stars have followed up the capture of Thomas Stuart-Dant from Sutton Sting by snapping up his teammate Chris Sykes.

A product of the Sheffield youth development system, Sykes (left) joins the Stars after two seasons with Sutton.

Previous to his time with Sting, Sykes had spells in the Elite League with Hull Stingrays and also in the EPL with Sheffield Scimitars/Steeldogs.

Sykes posted 32 points in the NIHL North Moralee Conference last season, plus a further eight in the Northern Cup, and is looking forward to linking up with his new team: “I chose Billingham for a few reasons, some personal, but mainly because I want to win something and this year I’d love to be a part of the team that wins the League and even the Play-offs,” said Sykes.

“I’m excited about the challenge and to meet the boys, some I know, some I don’t, but they’re my teammates now and I’d love to play a part and win some silverware with them. The fans are another massive reason – I’ve had some heckles before from a select few but I reckon I can win them over.”

Sheffield Spartans have signed defenseman Chris Wilcox, who returns to the club after a year away from the game. Tom Humphries has rejoined Sheffield Senators after a year with the Spartans, while Andy McEwan, Nathan Britton and Sergejs Jegorovs have all agreed another season with the Laidler outfit.

In NIHL1 South, Chelmsford Chieftains have pulled of a major coup with the signing of Czech defenseman Lukas Zatopek from MK Lightning. Chieftains have also brought forward Danny Hammond back from Invicta Dynamos, while Matt Turner, John Connolly and Julian Smith have all agreed another season with the Essex team.