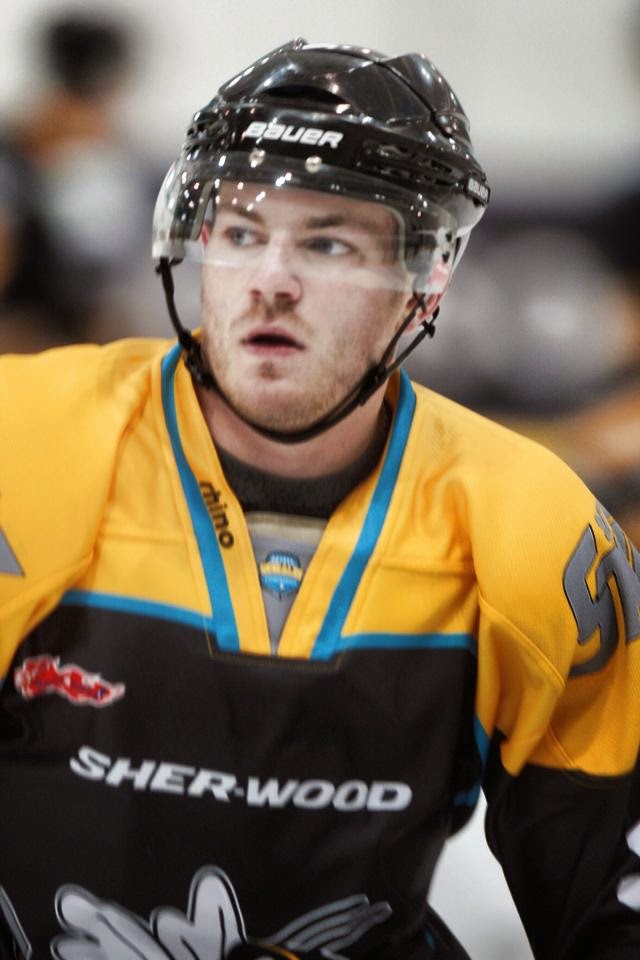 Billingham Stars have made a statement of intent ahead of NIHL North season 2014/15 with the signing of Canadian import Thomas Stuart-Dant from Sutton Sting.

The 23-year-old Centre from Winnipeg, Manitoba, joins Billingham after a highly productive season with Moralee Conference rivals Sutton. Stuart-Dant was ranked eighth in the League scoring charts having racked up 39 points, a haul that included 20 goals over the 28 game campaign.

Before arriving in the UK Stuart-Dant spent several seasons playing for Selkirk Fishermen of the Keystone Junior Hockey League (KJHL) in Canada and also had spells with a couple of teams in the Federal Hockey League (FHL) in the United States.

Stuart-Dant (left) said he was delighted to make the switch to Teesside: “One thing that really stood out for me on my visits to Billingham last season was the tremendous fan support – that made a huge impression and played a big part in reaching an agreement to become a part of the Billingham Stars. I look forward to meeting my new teammates and getting to know the great hockey fans in Billingham.”

More player news is expected over the coming weeks as the Stars look to build a squad capable of winning trophies after two seasons without silverware. General Manager Allen Flavell is all too aware of how other teams have upped their game in recent times and is keen to see Billingham challenge for honours.