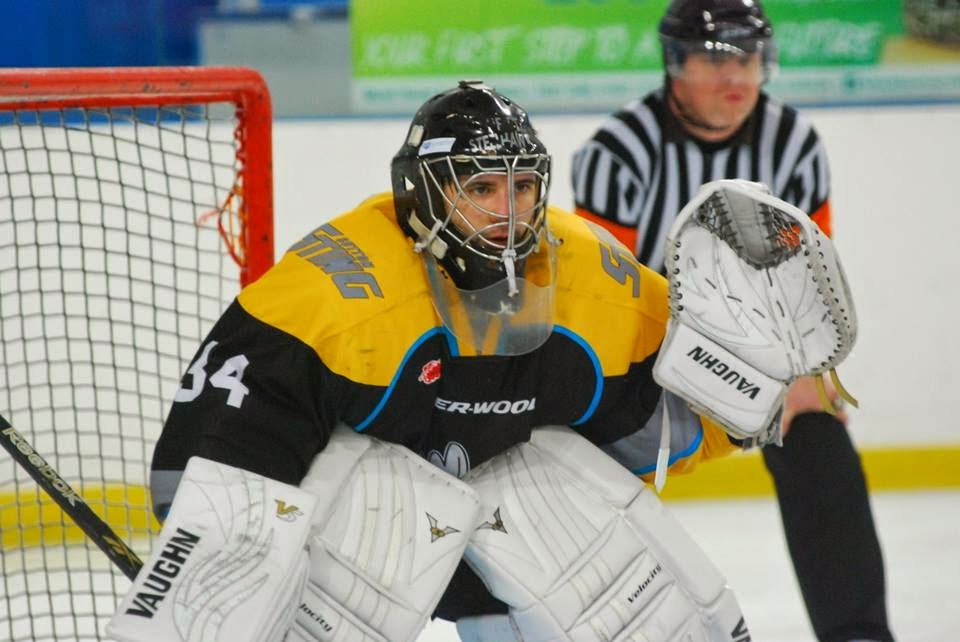 Sutton Sting have strengthened their roster ahead of their NIHL North season opener against Blackburn Hawks this weekend with a quartet of signings.

Defenseman Ivo Celar has joined the Moralee D1 club from MšHK Bulldogs Prievidza in Slovakia, while Dmitri Zimozdra (left), Scott Glover and Jake Gamwell have all agreed another season.

Sting Head Coach Matt Darlow was delighted to unveil the league’s latest import: “Ivo brings a lot of power, speed and strength and is going to be a big part of our game here. He’s an excellent player and I’m happy to have him on the team.

“Dmitiri is a great addition to our roster and is one of the best goalies in NIHL. His signing was a no-brainer when I was deciding on the 2014/15 team. Scott is a smart D-man who was an easy signing to make after his previous seasons with Sting.”

22-year-old Celar progressed through junior hockey in Slovakia, before making his full debut in 2011. He has since gone to play over 100 senior games in his homeland. He said: “I’m excited to play here in England for Sutton Sting. I’m looking forward to the season ahead here with a new bunch of players.”

Zimozdra and Glover both said they were delighted to return for another campaign, with Glover adding he was excited for the year ahead: “I’m looking forward to another action packed season with the Sting boys. It will be good to see how we compare with the other teams in the league under our new coach.”

Promising defenseman Gamwell has enjoyed a successful time with Sting’s U18 team, in addition to icing for the senior team during the past two years.

Darlow expects the youngster to continue his progression this term: “Jake had a great last season with the NIHL1 side as well as playing U18. He’s a great player who will do well under the wing of players such as James Goodman and our other senior defensemen.”