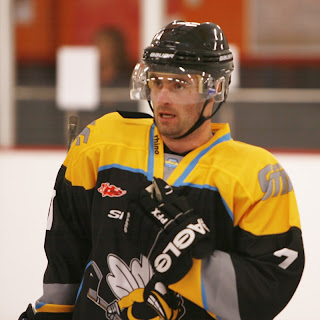 Sutton Sting have completed the signing of Mark Turner from MK Thunder. The 25-year-old previously played in NIHL North for Sheffield Spartans, before  moving to the EPL with Sheffield Steeldogs and Coach Ian Johnson was delighted to secure his services.

“Mark is a great guy and someone I admired when he played in the EPL,” said Johnson. “Their Coach at the time, Jon Rowbotham, had complete faith in him and he never let the team down. He’s tough and strong for his size and always gives 100%. Mark moved to MK last year due to relocating with work and I almost signed him then. As a utility player Mark gives us the depth and ability to deal with every situation.”

Johnson also confirmed Canadian Thomas Stuart-Dant has arrived in the UK, while he is hopeful of signing a Latvian U20 international to complete his roster.

Blackburn Hawks forward Matt Viney has agreed a fifth season with the club, while Hull Stingrays defenseman Scott Robson could also be set to join. Manchester Minotaurs (ex-Trafford Metros) have signed defender Robyn Crebbin for a seventh season, while Kingston Diamonds and GB ladies netminder Nicole Jackson has also joined the club. C2C understands Chris Hutchinson and Geoff Wigglesworth are close to signing for the Altrincham outfit. Deeside Dragons have confirmed Pete Founds and Pete Gazda have agreed another year.