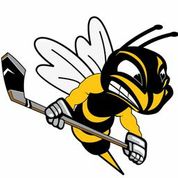 Sutton Sting have completed the signing of Vjaceslavs Movko. The 21-year-old is an ex-Latvian U20 international forward and was recommended to Sting by Sheffield Steeldogs’ star Edgars Bebris. Movko becomes Sting’s second overseas signing of the summer, joining Canadian Thomas Stuart-Dant at IceSheffield.

Sting boss Ian Johnson was delighted with the latest addition to his roster: “Eddy played Latvia U20s with Slav and he told me he was keen to continue playing now he’d settled in the UK,” said Johnson.

“He’s not a big guy, but his talent is very clear when you see him play. He has excellent fundamental skills and really understands where to be on the ice. He’s extremely quick and had no problems settling into our training regime. We have a good solid squad now, with plenty of quality cover in case of injuries, so I really hope we can deliver a very successful season.”

Whitley Warriors have lost a second player to the EPL. Following Harry Harley’s move to Peterborough Phantoms, Callum Pattison has made the step up to sign for the Steeldogs. C2C understands Coventry Blaze are interested in signing Luke Smith and Lui Brindle from Solihull Barons.