The first game of ice hockey was officially played on 3 March 1875. It was not long before this popular sport made its way across the globe and countless competitions now take place on a annual basis. However, the rise of the digital age has propelled ice hockey to the next level. It can be argued that the first platform offered to the masses was the aptly named Nintendo game simply referred to as “Ice Hockey”. Of course, times have indeed advanced in leaps and bounds since the 1980s. What have we witnessed over the past 30 years and what might the future have in store? 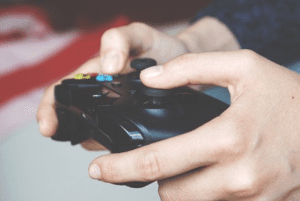 The Emerging Role of Artificial Intelligence

One of the issues that many players had when interacting with the first generation of ice hockey games was that they were rather predictable. We are not only referring to 16- and 32-bit graphics in this sense. We are instead highlighting the fact that it was rather easy to predict the actions of the computer. In other words, there were few surprises to be encountered after the game was beat for the first time.

This all began to change during the early 2000s, as platforms such as PlayStation 2 employed artificial intelligence (AI) within the architecture of their games. Not only did this make it much more difficult to emerge victorious, but the level of gameplay adopted an entirely new perspective. Ice hockey fans of all ages where therefore quite pleased with what was in store. This very same trend continues into the present day and it certainly shows no signs of abating.

The online ice hockey community has likewise given birth to a host of virtual fans. Real-time portals such as the SkyCity blog are now ideal for those who wish to place wagers on the latest competitions or simply to keep up to date with news involving their favourite teams. This is actually quite significant, as it positively impacts the online wagering community as a whole.

This is the very same reason why nearly every sportsbook includes ice hockey within its wagering categories. Not only might this represent an excellent way to earn a small side hustle, but many avid fans subscribe to the associated blogs in order to keep abreast of the latest news.

The main question therefore involves what the future of ice hockey has in store when speaking of the online community. While it is a foregone conclusion that attending a physical match is still an excellent opportunity, more individuals will likely turn to virtual methods such as live online streaming in order to keep abreast of a match even when they are away from home (thanks to the rise of mobile-friendly gaming sites).

Ice hockey is here to stay and the younger generation is just as interested in this sport as their parents and grandparents. Still, this sport is adapting to meet the needs of the digital community and the associated momentum is likely to pick up pace in the coming years.