As certain as night follows day and Christmas is on 25th December, it won’t be long until our social media timelines and forums are followed with the same grumbles.

We’re getting to that time of year when excitement for a new season and being back among old friends turns into misery and frustration that the same things we moaned about last year, the year before and the year before that are still there.

I’m talking about the things that seem to get fans under the collar the most and I’ll list them as I go here.

Webcasts – Ah yes! An old favourite from long before I was replying to emails during my time with the league that not all clubs offer a webcast for the convenience for fans who can’t travel to away games, or in some cases, home fans.

In an ideal world, all ten teams would offer such a facility, centrally run by the Elite League and available for free on YouTube to help spread the word on this excellent league and sport, but that’s just me.

I can see both sides of the argument as to why they don’t.  Sure, you’d like to be able to watch your team if you physically can’t be there.  It’s natural to want or expect that.

But if clubs would rather get as many bodies into the arena first before even considering it, then from a business point of view, that should be perfectly fine as well.

The priority should always be tickets on the door and it’s one Glasgow and Nottingham have adopted.  It’s ultimately their decision and I don’t see that changing.

In the case of Guildford, the layout of the rink doesn’t allow them to run reliable wifi and if they did, they would only operate it depending on ticket sales.

Officials – Another one that will dominate our blood pressures we get deep into the action so let’s cover that with a series of questions.

Are they incompetent?  No.  Not at all.

Do they make mistakes? Yes, they do.  Like all of us, they’re human.

Are they corrupt or bias? No and it’s a lazy argument to fall back on if your team has lost games. To suggest so is potentially libellous, but they are certainly not part of some mad conspiracy to spoil (add team name here)’s season.

Do they need help? Yes, they do with investment, but when you see one of our officials in Andy Dalton working at the World Championships and various others getting international gigs, then they can’t be that bad.

I’ve covered the main points on that one and while they may not be perfect at times, we don’t have a game without them.  Please remember that.

DOPS – Other than the sweet Scottish lilt on the videos from a couple of seasons ago, DOPS is working better than it probably ever has since it was introduced.

The incidents are looked at and dealt with in a timely fashion and having had the chance to learn more about it from my time with the league, it’s not a difficult process to follow.

“Inconsistency” I heard you cry from behind your laptop, tablet or phones screens.  Sure, that’s open to question at times compared to various offences, but with a person perfectly competent in Lyle Seitz running it, who are we to question a man entrenched in the disciplinary side of things?

Of course, when DOPS is announced throughout the season, if it goes against your team, it’ll be the great injustice ever.  That’s the nature of the game, but know that it works well and while the outcome may not be favourable, it is working well.

Incidentally, if you need to know more about DOPS and the process, check out this handy guide from the Elite League website.

If there’s any more, please comment and let us know, but I look forward to seeing your posts with eager anticipation when we’re underway.  Or not.

WHAT WAS THE PANIC ABOUT?

Now that Fife Flyers have finished their roster for the new season, what was all the panic about from Kirkcaldy?

Sure, this morning’s announcement of Jonas Emmerdahl makes it nine signing announcements in 19 days this month, but the important thing is there’s a team on the ice for their pre-season games this weekend.

How all the news was handled is for others to look at, but if you thought for a minute Todd Dutiaume and Jeff Hutchins were not going to have a team ready, then shame on you.

These are two guys that know the terrain very well and don’t think for a minute they finished the season at the end of March and didn’t come back until June.  They would have worked tirelessly to get the guys in and wouldn’t be surprised if some of them were signed weeks ago.

Now the fans can look ahead to seeing them on the ice and whatever issues people have of the running of the organisation, they’ll be there in the ‘Auld Barn’ and make themselves loud and proud as always.  You shouldn’t expect anything less. 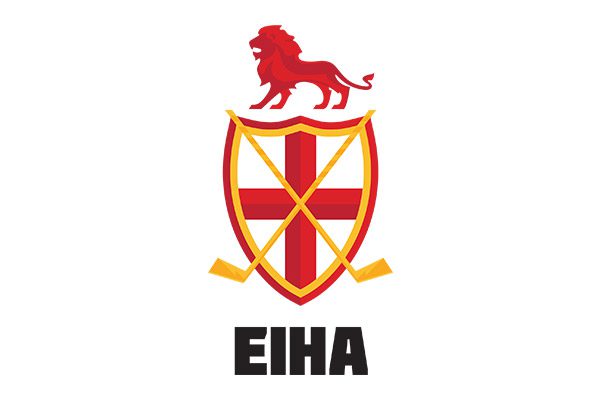 The news that one of the resolutions that would help bring ice hockey under one governing body didn’t pass was disappointing in as much as it was almost predictable.

We’ve seen too many instances across sport where a big change that’s desperately needed has fell short because it’s maybe asking too much in the eyes of one or two people on behalf of their clubs.

We don’t know why it fell short or the reasons behind it, but it means the EIHA have to return to the drawing board to try and get those onside.

Hopefully it won’t be long before we see a more unified front in ice hockey, which would be beneficial for everyone concerned.

Finally, I just want to extend a thanks on behalf of all you who have taken up the opportunity to write a preview for your teams ahead of the new season.  We’ve had plenty of people get in, who are excited to showcase their talents.  We even had to politely decline a few people as well.

However, we’re still looking for some budding writers who are willing to write about their teams in the EIHL or NIHL National in our build up to the new season so if you’re a fan of the following teams, drop us a line to craig.anderson@britishicehockey.co.uk to find out more.

We’re looking for people to cover:

Highlights from the Elite League game between Edinburgh Capitals and Fife Flyers on Sunday, 11th March.

Latest Fife Flyers addition Charlie Mosey says former Kirkcaldy star Matt Reber sold him on a move to the club.   The 25-year-old is on a try-out contract to start the Elite League season and [Read more…]

Dutiaume & Hutchins back with Fife

Returning Fife Flyers coach Todd Dutiaume has urged patience from the fans on the signing front as he confirmed his return along with assistant coach Jeff Hutchins. The duo will be back behind the bench [Read more…]