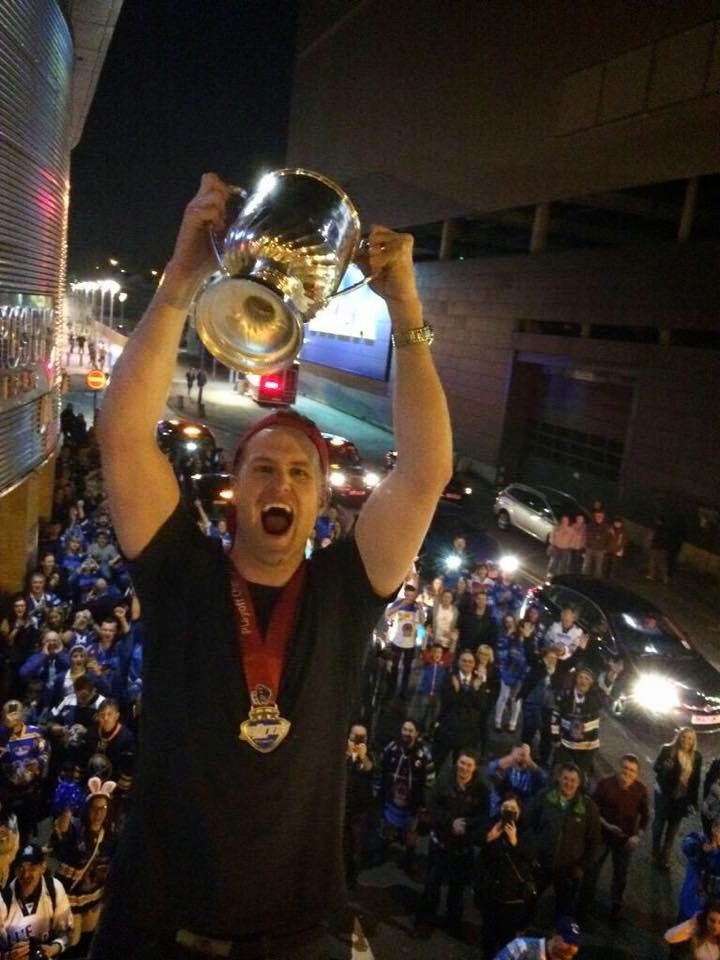 Coventry Blaze won the Elite League play-offs after a thrilling weekend of action in Nottingham.

Blaze reached the final after a 3-2 shoot-out success against Belfast Giants, while Sheffield Steelers progressed after winning 3-2 against Hull Stingrays.

The West Midlands outfit beat Steelers 4-2 in the final to claim their first post-season title since 2004-05. Belfast beat Hull 8-6 in the third place play-off game.

Phantoms defeated Telford Tigers 4-2 in the semi-final, while Manchester Phoenix went through after winning 7-4 against MK Lightning.

Milan Baranyk (2) led Phantoms’ scoring in the final as they sealed a 5-2 victory to end Tony Hand’s hopes of a trophy in his final ever game.

Barons cruised into the final after a 12-3 win against Widnes Wild, while Tigers progressed courtesy of a 5-1 success against Sheffield Senators. Tigers looked on course for silverware as they raced into a 3-0 lead midway through the second period, but Thomas Soar’s hat-trick drew the hosts level before Ryan Selwood’s effort four seconds from time capped a remarkable comeback.

Chelmsford Chieftains are through to the semi-final of the NIHL1 South play-offs after a 10-5 aggregate win against London Raiders. Chieftains will face Wightlink Raiders who won 11-5 overall against Bracknell Hornets.

Invicta Dynamos edged through to the last four after an 11-10 aggregate success against Solent Devils. Their opponents will be MK Thunder who won 9-4 overall against Streatham Redskins.