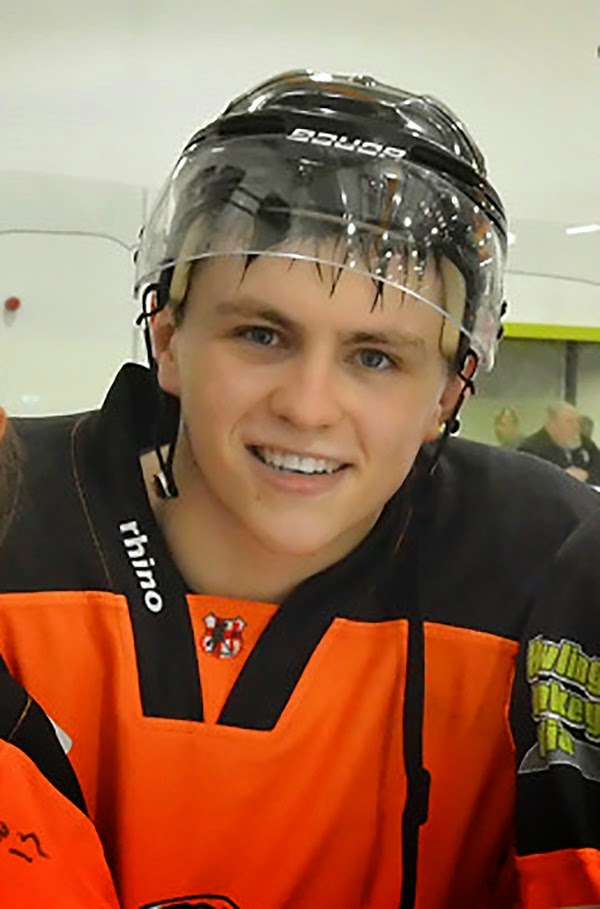 Hawks triumphed 8-1 at Sheffield Spartans and followed up with a win by the same scoreline at home to Billingham Stars. Sutton Sting also won 8-1 at Manchester Minotaurs.

Smith scored four in Tigers’ 9-6 win at Bradford Bulldogs, and his second of the night at Deeside secured a 4-3 success against the Dragons.

Sheffield Senators won 9-5 at home to Hull Jets, Coventry Blaze crashed 10-3 at Nottingham Lions and Widnes Wild eased to a 13-3 victory at Bradford.

Piotr Poziomkowski (4) & Jamie Line (4) led the scoring as MK Thunder won 11-5 at home to London Raiders. The defeat completed a miserable weekend for London as they also fell 6-2 at home to Wightlink Raiders. Invicta Dynamos won 9-5 at home to Solent Devils. Streatham drew 4-4 with Invicta in the D1 Cup.

Telford Tigers remain top of the EPL after a four-point weekend. Scott McKenzie scored twice in their 4-1 home success against Guildford Flames and they followed up with a 3-2 overtime win at Manchester – Jason Silverthorn grabbed a hat-trick.

Basingstoke Bison lost 6-4 at MK Lightning, but bounced back to win 4-2 at Swindon Wildcats. Sheffield Steeldogs won 5-2 at Swindon and 6-2 at home to Peterborough Phantoms. Bracknell Bees lost 4-3 after overtime at Peterborough, but recovered in style with a 4-1 home victory against Guildford.

Braehead Clan extended their lead at the top of the Elite League to four points with a pair of wins against Edinburgh Capitals. Clan won 3-1 on home ice and followed up with a 9-4 road victory.

Nottingham Panthers extended their winning run to five with a trio of victories. They followed up a 5-2 home success against Edinburgh with a pair of 4-3 overtime wins against Belfast Giants and Dundee Stars. Colton Fretter hit a hat-trick in Sheffield Steelers’ 6-2 win at home to Edinburgh and they completed a successful week with a 4-1 victory against Hull Stingrays.

Fife Flyers had a mixed weekend, winning 5-0 at home to Dundee before falling to a 3-1 loss at Hull. Cardiff Devils won 6-3 on home ice against Coventry Blaze and they followed up with a 4-0 success against the same opponents in the Elite Challenge Cup.