Sports fans have had a disheartening year, to say the least. With COVID -19 restrictions imposed in several regions worldwide, many sports either closed for a season, or two, or played behind closed doors. With physical sports sidelined, certain fans took to enjoying their favourite sports online. Some took to streaming live games, while others may have picked up gaming as a stay-at-home hobby.

In light of all of this, punters and gamers did not lose out on getting options. Many sportsbooks offer gambling options for physical sports, as well as E-sports. Maybe you are into sports betting, slots, and poker games, or would like to place a wager on an online hockey game you are involved in.

Straight from the kings of sports themselves, this gaming solution offers nifty practice options for beginners. Of course, you can level-up and participate in challenges. If you are new to online hockey playing, it may be a tad overwhelming and perhaps infuriating (too much happening). However, the controls are easy to use thus learning the game is easy. 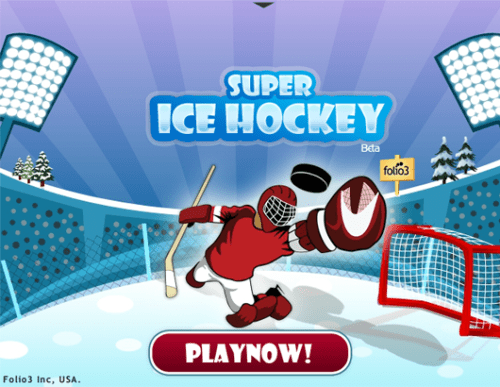 From the free online gaming site known as Mouse breaker, this fun addition to their catalog of free games is met with open arms. It’s fun to play with comical characters, and the traditional aerial view of the game is no more. The idea behind the game is to provide a refreshing look, and appeal, to the game, without veering too far from the original. 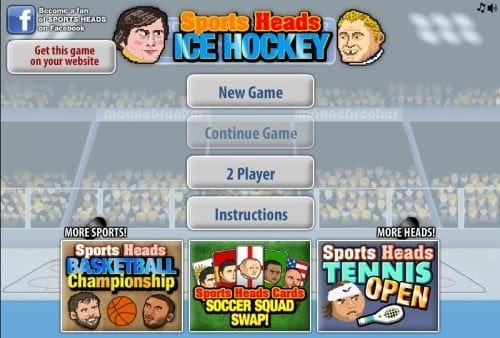 We agree they could have done better with the name, perhaps something a little less pretentious. The game developers promise fans a joy-filled gaming experience, specifically, the drama associated with hockey games. Your ice hockey gaming experience promises to be loads of fun, with players occasionally being hurled into the air.

This is a remake of the original shootout game. Players select 7 characters to compete with, using the mouse to move the player around the ice rink. All you have to do is select one player and aim to beat the goaltender. It is an easy game to play, available for mobile phones since 2018.

An exhilarating online game, gamers can choose from 16 top-ranked teams. The players are cartoon characters, with amusingly huge animated heads. It’s a two-player online game, and as you move the cursor around, your player follows it. There is an ability or superpower icon at the bottom of the game screen. Click on it to activate supreme playing abilities for your chosen character.

An online hockey game that lets you sharpen your movement skills. Also known as Winter Sports Hockey, you get to pick from two super hockey heroes. While navigating the ice rink, defenders will use body checks to stop you. Score goals and earn points to make headway towards winning the competition, and attain a gold medal by winning in all three periods.

If you’d rather move away from cartoon characters and fantasy games, this is the game for you. The game is accessible on mobile phones and computers. Options include one on one games or single player competing against the computer.

Originally developed for smartphones, this online hockey game option lets you train intensely on your shooting skills. The aim is not only to score but to hit targets as well. It tests your targeting and landing skills. Hit the red targets to earn bonus points, and yellow targets will earn you extra playing time.

This simple yet creative game lets you play using team effort. The aim is to pass the puck to as many players as possible, at which point they have one attempt at goal. A grey circle hovers around the goal. Players have to avoid this to prevent goal-saving. Simply click on the player to execute a pass, and see how many one-timers they can score.

A fun and family-friendly game, send pucks flying across your screen with this online shootout alternative. You can also hit red targets in your opponent’s nets to gain extra points while hitting defenders will lose you points. It’s a nifty game, especially for younger players.

Get to shoot score as many goals as you can in a sixty-minute window. Scores and time left are shown in the top left corner of the screen. You can play under the two-player mode, with your player taking on the forward position. The shooting positions randomly so take advantage to outmaneuver the goalie.

Another cartoon character filled game, this one may also be a favorite among the younger crowd. You need to collect as many wins as possible to level up and upgrade your players. Every game has to be won with at least a one-goal margin to win the tournament. It’s an exciting game for adults and their kids.

This is not an exhaustive list of online hockey games, but it details the fanciest and most interesting games out there. Which is precisely why people seek online games, to begin with. Aside from games like NHL which you need to purchase and play on your gaming console, these online alternatives are cheaper. Also, families can bond over different options available, like cartoon or legend based games. No need for subscriptions, Android devices, or expensive game consoles. Simply get your internet connection and game on.